Schools turn to IGCSEs because they are “way easier” 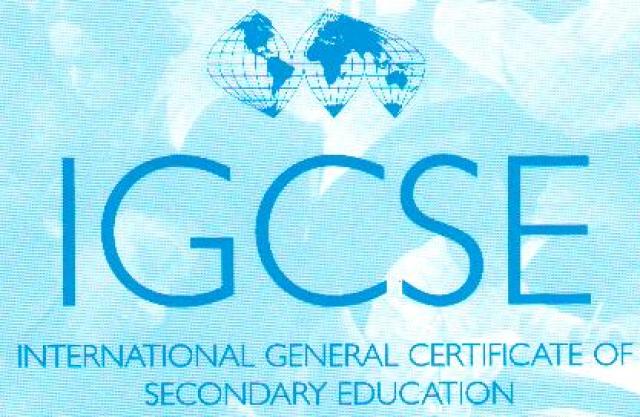 Schools have entered pupils for alternative ?international? versions of the GCSE because they believe they are ?super easy? and ?an absolute doddle?, TES can reveal.

The number of candidates for IGCSEs in English language has exploded in the UK this summer from last?s year 18,000 to 78,000 – or one in ten of the cohort.

Ofqual, the exams regulator, has suggested the rise in entries is about schools reacting to the uncertainty caused by last year?s GCSE English grading controversy in which thousands of students received lower grades than they had expected.

But heads? leaders, assessment experts and teachers believe there is a more basic reason behind the switch ? that the IGCSE, which counts towards school league tables, is easier.

?Compared to GCSE it is an absolute doddle,? is how one teacher described the qualification on a TES Connect online forum.?The first few times I tried it, I ended up trying to cover too much too quickly, and then realising I still had a whole term left!?

Brian Lightman, general secretary of the Association of School and College Leaders, said: ?What schools are saying is that it [IGCSE] is easier, there is more flexibility over which books pupils can read and so on, and those schools that were doing it were of the view that students were going to get higher grades than in GCSE.?

Ironically Michael Gove, the education secretary, has encouraged schools to move to IGCSE, a qualification traditionally favoured by the independent sector, in his campaign to bring greater ?rigour? to the exams system.

?One thing that the coalition government have done is allow schools that are concerned about the quality of GCSEs, particularly the modular nature of some GCSEs, to teach the IGCSE,? Mr Gove told Parliament last September.? I would encourage all schools to consider how the IGCSE might be an appropriate preparation for the changes that we hope to introduce.?

Significant numbers of state schools have made now the switch he suggested but for a different reason.

Professor Alan Smithers, director of the centre for education and employment research at the University of Buckingham, said: ?It is not necessarily the leading comprehensives and grammar schools following the lead of the independents and taking English IGCSE.

?Instead word has got round that the English IGCSE is easier and schools that are having to pay particular attention to meeting the [government?s] floor GCSE target seem to be presenting the IGCSE to their pupils.?

State secondaries need ever-increasing results to fulfil tougher Ofsted inspections and government floor targets at a time when Ofqual is clamping down on grade inflation.

One TES forum contributor said their school had moved from GCSE to a Cambridge International Examinations (CIE) IGCSE in English because it was ?way easier?. ?It is super easy!? the comment said. ?The exam = embarrassing. The coursework = so, so easy. Speaking and listening = always has been a nonsense! Want your school to increase results? Change!?

Another said: ?Many teachers on this forum (myself included?) have stated how they have found the IGCSE easier than the ‘home’ GCSEs, due to there being a very formulaic approach to answering the questions.?

CIE published its IGCSE English results for 63,333 candidates in the UK last week, accounting for the majority of the total 78,000 entry across all exam boards.

The Cambridge figures show that the proportion of A* grades plummeted from 21.6 per cent last year – when there were just 18,302 UK entries to the qualification – to 7.4 per cent.

The idea that IGCSEs offer the simplest way of getting good grades is not confined to the state sector.

An independent school head of English told the TES forum that they used Edexcel?s IGCSE last year to get ?amazing results with non-selective pupils?.

The qualification had ?seemed to offer the simplest most accessible content,? they wrote. ?I think the whole system is utterly depressing from a nurturing/educational sense but, to be honest, I put that to one side,? the teacher added. ?All the school cares about is results and I think I’ve got the most efficient way of optimising these given the nature of our pupils.?

TES revealed in November that hundreds of state secondaries were entering pupils for English IGCSE and GCSE qualifications at the same time to improve their chances of good grades, a practice criticised by the government.

A spokesperson for Pearson, owner of the Edexcel exam board, said: ?Our International GCSEs were initially developed for the international market, and are renowned for being academically rigorous. This is true across all subjects. International GCSEs are subject to the same regulatory processes and controls as GCSEs.

?Any candidate who has taken the English Language or English Literature ‘Edexcel Certificate’ qualification [the official domestic title for IGCSEs] can be assured that this will be recognised as favourably as the GCSE alternative by both HE and employers.?

A spokesperson for the AQA exam board said: ?In subjects where we have an IGCSE, we ensure we maintain standards with the equivalent GCSE.?

A CIE spokeperson said: ?Anecdotal evidence from schools may indicate how a particular qualification suits its teachers and students ? however it is not reflective of the overall picture. We know that Cambridge IGCSE and GCSE are of the same standard because as part of our standards setting we look across both qualifications to keep them in line.?